Let’s reminisce an eventful 2022 for Pakistan in international sports

From nearly missing the cricket world cup title to creating history in other sports. An eventful year for Pakistani athletes is coming to an end with 2022.

Near misses and a disappointing year for Men’s Cricket

Despite being considered the powerhouse of Asian Cricket, the men in green had only won the title twice with the last of them coming nearly a decade ago.

Meanwhile, Babar’s men had the perfect opportunity to end the title drought by beating the inexperienced Sri Lankan side in the final but they let the opportunity slip away out of their grasp. The Men in Green had an overall decent campaign in the continental tournament, having avenged their bitter rival India in the Super 4s and a nail-biting victory over passionate Afghanistan before going on to lose two consecutive matches against Sri Lanka including the final.

Stars were aligned, luck was in favour, team unpredictable made a comeback out of nowhere but they fell short of recreating the 1992 glory when it mattered the most.

Heading into the recently-held ICC T20 World Cup, Pakistan were the tournament favourites but that could not help them avoid a shaky start as they began their campaign with a nightmare defeat at the hands of bitter rival India in the most-anticipated match of the tournament. Babar’s men then sank to a new low when they suffered a shocking loss against Zimbabwe in the second match of their campaign and were left on the verge of an early exit from the tournament. When all seemed over for the men in green, the unpredictable lived up to their title and scripted an astounding comeback out of nowhere, thanks to some quality cricket but also the Netherlands. Pakistan then got back on the winning track with a win over South Africa and did not look back after that until England crushed their glory hopes in the final.

The green shirts had a dismal show in the final against England but their strength – the pace bowling – still managed to put on a fight despite not having much to defend before an untimely injury of pacer Shaheen Shah Afridi barred them from powering the side to the title victory. This ends another year devoid of any major trophy from cricket grounds and while many were anticipating a fairytale glory of the T20 World Cup, the fortunes, in the end, favoured the calculated English side led by Jos Buttler.

A safe destination for Cricket

Notwithstanding the disappointing results at home, 2022 certainly proved to be a breakthrough year for Pakistan in terms of brushing aside its image as an unsafe destination for cricket.

The outgoing year witnessed historic tours by three of the top cricket nations i.e Australia, England and New Zealand and helped Pakistan regain its solid posture in the cricket world and set a precedent for years to come with the hosting of the Asia Cup 2023 and Champions Trophy 2025 in sight.

Starting with a full-fledged tour of the Australian men’s side in March and ending it with a New Zealand team’s tour with England’s dual visits in between, Pakistan had accomplished their aspiration to bring competitive cricket back on its shores – yet unveiling its own Test incompetence in the process. Pakistan team had to face disappointing defeats in both the Test series at its home. While Australia managed a close 1-0 series win after draws in the first two Tests, Ben Stokes-led England thrashed out the hosts completely and inflicted upon Pakistan its first-ever 3-0 home whitewash.

One of the most criticized franchises of the Pakistan Super League (PSL) – Lahore Qalandars endured perennial failures in the first four seasons and finished at the bottom.

The fifth edition of the marquee league saw the turn of fortunes for the Lahore-based franchise as they were finally freed from the bottom place and went on to play the final but fell short against arch-rivals Karachi Kings.

The Qalandars then had another forgetful season in 2021 but they made an astounding return in the 2022 edition and achieved what their rivals had already done, which was to lift the PSL title. 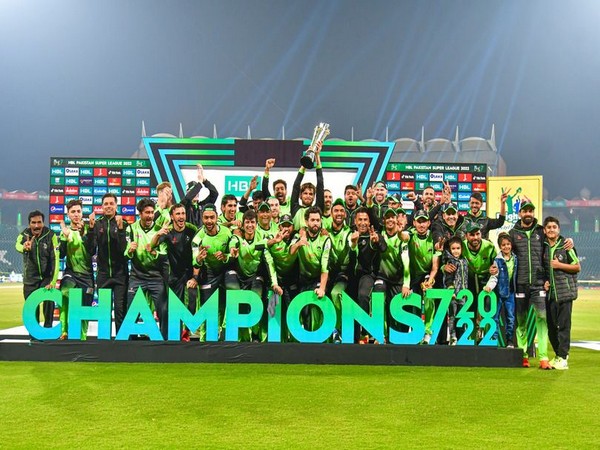 They had an unwanted start to their campaign as they lost their first match against defending champions Multan Sultans but recollected themselves to script a perfect return and won six out of their next eight matches and made it to the playoffs.

The side then faced tournament favourites Multan Sultans in the final, who lost only one match in the group stage and flattened Mohammad Rizwan’s side to capture their maiden title.

Pakistan women’s team made great progress in 2022 – if progress is not defined in terms of the number of trophies won – as the side clean swept Sri Lanka and Ireland in the ODI series at home. Three Pakistani players namely Tuba Hasan, Nida Dar and Sidra Ameen were awarded Women’s player of the month by the ICC during the year. However, a cherry on top was their sensational win against the arch-rivals by 13 runs in the Women’s Asia Cup thanks to the all-around heroics played by Dar. She blasted a brilliant  56 off 37 before picking two wickets to help Pakistan seal their third win against India in 13 T20I face-offs. Bismah Maroof-led side had an impressive run in the tournament as they went on to beat Sri Lanka – with Ayesha Naseem emulating Naseem Shah’s famous back-to-back sixes – before a single-run defeat against the same opponents in the semis ended their journey.

Another frustrating year for National Sport

Pakistan had yet again a disappointing end to a year in the national sport. The green shirts participated in three major events – Asia Cup, Commonwealth Games and Azlan Shah Cup.

In the Asia Cup 2022, the green shirts were knocked out in the group stage courtesy of India’s hammering 16-0 victory over Indonesia. The side then played several ranking matches, and after beating Bangladesh 8-0, managed to finish the eight-team tournament in the fifth position. Pakistan did not fare well in the Commonwealth Games as well. In the entire tournament, the Green Shirts only won one game against Scotland and could secure the seventh position in the 10-team competition.

The national hockey team then finished their major tournament on a high note as they claimed the bronze medal in the Azlan Shah Cup 2022, held in November. Following their third-place finish, the green shirts ended their first medal in the championship after a long hiatus of over a decade by defeating Japan 5-3 in the third-four placing game.

A ray of hope for Pakistan in Football

As the year 2022 was majorly dominated by the recently held FIFA World Cup 2022 in Qatar which witnessed the superstar Lionel Messi lifting the glittering trophy and completing his title cabinet. But it was also a remarkable year for Pakistan football as it marked the nation’s return to international set-up after FIFA lifted the ban on the country and restored its international status in June.

Following the uplifting of the ban, the Pakistan Women’s Football team ended an eight-year hiatus with their participation in the South Asian Football Federation (SAFF) Championship.

The national side had a dismal return to international football as they suffered a narrow defeat from arch-rivals India but managed to finish the tournament on a winning note with a dominating 7-0 victory over Maldives in their last fixture. After women, Pakistan men’s side also marked a return to the international circuit as they took on Nepal in a friendly match in November. The memorable match for the nation, however, ended in a narrow defeat for the green shirts but they fought bravely throughout the enthralling contest to promise a brighter future.

The month of August provided a moment of pride for the nation as Pakistani athletes progressed well in the Commonwealth Games 2022 and managed to claim eight medals for the country that included two golds from Arshad Nadeem and Nooh Dastgir Butt.

Weightlifter Butt created history as he set the new Commonwealth Games record in weightlifting to secure the first gold for Pakistan in the Games.

In the final round of the 109+kg Men’s category, national weightlifter Butt produced an astounding outcome as he lifted a record total of 405 kg to capture the first gold for Pakistan. 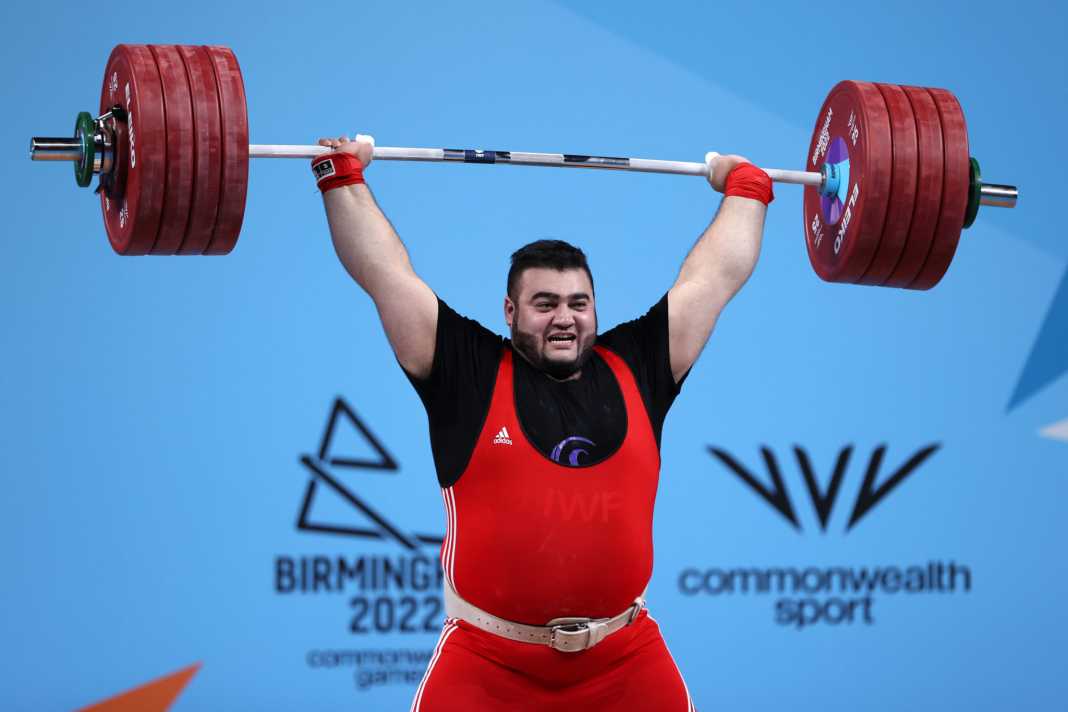 After narrowly missing gold in last year’s Tokyo Olympics, Pakistan’s Javelin thrower Nadeem had found a moment of redemption as he defied his elbow injury to claim a historic gold for Pakistan.

Nadeem’s brilliance resulted in ending a 56-year medal drought for Pakistan in track and field at the Games. Besides Nadeem and Butt, national wrestlers remained the major contributor to the country’s medal tally as Inam Butt, Zaman Anwar, and Sharif Tahir bagged a silver each.

Wrestlers Inayatullah and Ali Asad, on the other hand, managed to bag a bronze apiece, while Shah Hussain Shah claimed bronze in Judo.

Historic year for Pakistan in Snooker

It was undoubtedly a remarkable year for Pakistan in snooker – from Ahsan Ramzan winning the International Billiards and Snooker Federation (IBSF) World Snooker Championship to Mohammad Asif and Asjad Iqbal claiming the professional status by World Snooker Tour (WST). It all started with Ahsan showcasing a scintillating show in the IBSF championship where he marked major upsets and overpowered opponents twice his age.

The 16-year-old snooker sensation continued to impress with his precision as he scripted an astounding comeback in the final against Iran’s Amir Sarkhosh from 4-2 down to eventually triumphing 6-5 and became the second-youngest cueist to seize the prestigious title.

Besides Ahsan, national cueists Asif and Asjad also made the nation proud as they both earned a professional card from the WST following a magnificent run in Q School 1 Asia & Oceania. Asif was the first Pakistani player to earn a professional card before Asjad followed.